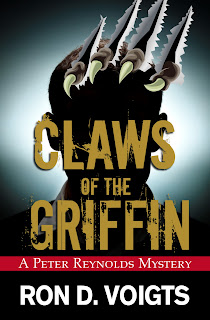 
Diane’s death that initially looked like a home invasion gone wrong starts to look more and more like a planned murder. Then more people die and Reynolds finds himself on the trail of a ruthless killer whose next victim may be Diane’s son.


Claws of the Griffin is a roller coaster ride of mystery, mayhem and murder, Southern style.

“When rich northerner, Peter Reynolds, heads to North Carolina for the funeral of an old girlfriend, he gets more than expected, including murder. This is a must read for anyone who likes their mysteries served with a southern flavor.” --Rick Bylina, Author of One Promise Too Many