Writing Prompts to Get the Creativity Flowing

Feeling a touch of writer's block?  Need to kickstart the old keyboard action? Got the Parker pen in hand and nothing to write about? Try writing prompts!

Take a story beginning and finish it.  Here is one I use from a class I teach in creative writing.

Mick slipped the revolver from his pocket, knocked at the door, and hoped no one was home.

"My mother doesn't understand me," Malcolm said and dropped a shovel full of dirt onto the body in the hole.

The weather had been pleasant and mild, but now the air crackled with electric as thunder shook the house.


Cracked foundation, glass broken in the windows, brickwork stained from pollution and smoke, Hull House stood on the corner of North and Main like relic from a forgotten era.

Then what happens? You're the writer. Run with it

Open a book you like (or not) and pick out some nouns on the page, assuming there is enough to go around. Else go the the next page or the previous page.  Here are some words from my book The Fortune Teller's Secret.

What can you write?

But my brain said otherwise?  That was the problem.

I'd seen the lady outside the drug store earlier in the day.  She waited from someone and she seemed nervous, checking her cell phone repeatedly, chain smoking cigarettes.

I stopped at vendor truck selling ice cream.  Two kids walked away with orange push-ups.  I ordered two chocolate dip cones and offered one to the lady. "Something sweet always makes me feel better."

You get the picture. Run with it.

Grab a pic from the Internet. Find something that inspires you.. Here is something from Instagram I posted. Note the story does not have to follow the picture exactly. Just use it to get the juices flowing. 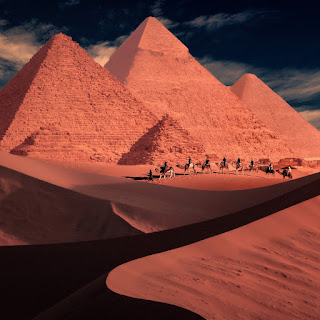 Circa 1908. Seven men from Lavenham, Suffolk, England excavated and entered the tomb of  Akhenaten, The Valley of the Kings, Egypt. The tomb bore a curse scribed over the entrance that the men ignored. Three of them died before leaving the mid-east.  The other four returned home with gold and artifacts. Over the next two years, two more members of the group died from a mysterious illness resembling malaria. The sixth man perished when a wagon in Chelsea, London, overturned and crushed him. The last man, Williams Mills, found his wife and infant son murdered, throats cut.  A bloody Egyptian dagger was found in bushes outside the house.

These are just a few ways to get the creative juices flowing.